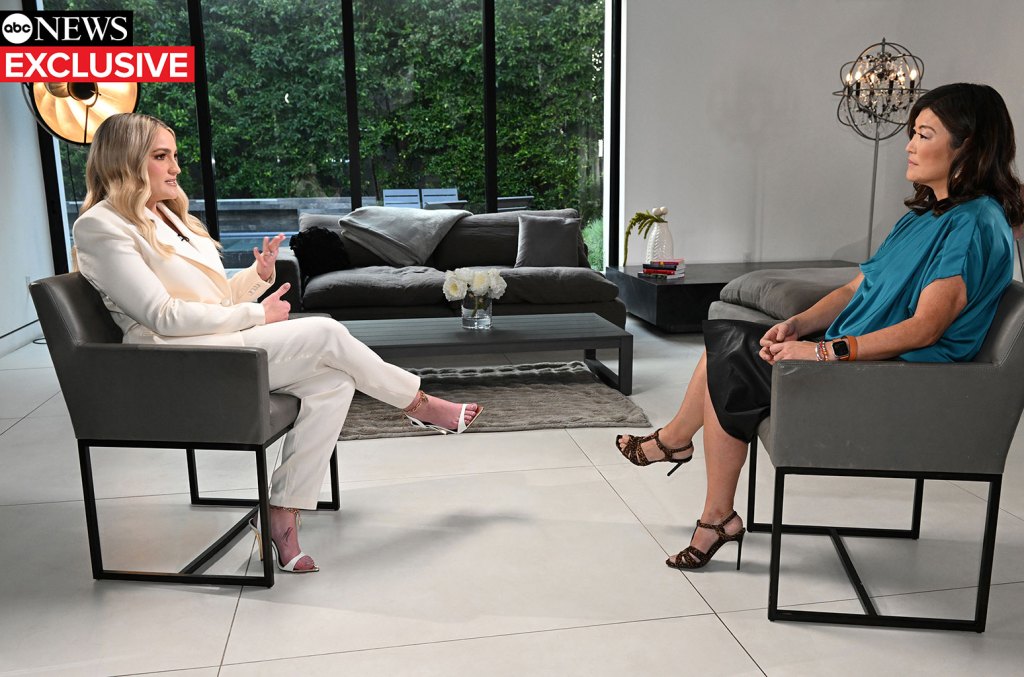 Jamie Lynn Spears has opened up about her public feud with sister Britney Spears, her teen pregnancy experience in the public eye, Maddie’s near-fatal vehicle accident for her daughter, and more during a revealing interview on good morning america On Wednesday (12 January).

“That love is still there. 100 percent. I love my sister,” Juju Chang told ABC News in her first TV interview about the actress’ upcoming memoir, things I should have said, Jan 18. More interviews will be broadcast later on Wednesday (January 12) on night line.

EXCLUSIVE: Jamie Lynn Spears is opening up like never before. https://t.co/VqjMW7CuMM

We’ve rounded up six of the six biggest moments from interviewing Jamie Lynn. See them below.

Her role in the province of Britney

“There was a time when my sister asked me about her confidence and will, if I was going to be the one who was confident her boys got what they needed,” she revealed. “Whether she was in regency or not, that was very normal, I guess.” Jamie Lynn went on to say that soon she “didn’t want to be a part of it until she came out of the conservatorship,” denying reports that she was “overseeing the money or something.”

“If that’s the case, it’s a misunderstanding,” she explained. “Either way, I didn’t take any steps to be a part of it.”

Jamie Lynn has also shared that as her “sister’s biggest supporter”, she is “making up ways” to help her. “I went out of my way to make sure she had the contacts she needed to move forward and end this guardianship and end all of this for our family,” she said, before adding, “Everyone has a voice and needs to be heard, so if she wanted to talk to other people, then she did. I set that up. I even spoke to her legal team – her former legal team – and it didn’t end well or for me. I took the steps to help but how many times can I take the steps without… you have to walk through the door.”

.@ ABC Exclusive: “Everyone has a voice and it must be heard.” Tweet embed reveal to Tweet embed For the first time she tried to gift her pop star sister, @Britney SpearsResources you may need to end her will. https://t.co/kWY5S6eOU4 pic.twitter.com/oVQ8tEMUgB

“I just loved and supported her and did what was right for her, and she knows that, so I don’t know why we’re in this situation now,” Jamie Lynn said of her relationship with her sister.

Last July, the pop star said it “hurts me so badly” that Jamie Lynn performed a variety of Britney remixes at the 2017 Radio Disney Awards. The public controversy was particularly difficult for the younger Spears, who said she “adored” Britney. As they grew up, referring to her sister as “like another mother.”

“Honestly, it was kind of confusing to me about that,” Jimmy Lynn says of the controversy over the honors performance. “I’ve already talked to her about it and I’ve been honoring my sister and all the wonderful things she’s done.”

She added, “I made it clear with her the fact that I don’t think she’s bothered with me personally about it. Honestly, I don’t know why it bothers her.”

“For me, that caused a lot of anxiety,” she explained. The hardest part was, ‘Can I trust you? You Drinking? Aren’t you?’ It was something no kid should ever question.”

“I guess the easy thing would have been, ‘Let’s get this over with, and come back to be the perfect little sister, because that’s your turn,’” she said, and her eyes became cloudy as she continued, “I just thank God for standing up for myself and said exactly what I want.”

Feelings in the cabin during pregnancy

Jamie Lynn revealed that while she was pregnant, she was sent to an igloo in the northeastern US without a phone or contact for weeks. “At the time — it felt like you were suffocating,” she admitted. “I felt–what was I going to do? I was a kid. And maybe that’s in my best interest and maybe that’s what I’m supposed to do, because of course I don’t want the paparazzi or tabloids going after them or letting them control my narrative. But I felt like I was feeling alienated.”

.@ ABC Exclusive: “You almost felt like you were suffocating.”
Tweet embed reveal to Tweet embed She was sent away to a remote cabin without any contact with the outside world for weeks, in her first TV interview about her personal diary. https://t.co/k7LGZ0KKW1 pic.twitter.com/iFkeEtd4A5

Jamie Lynn discussed the semi-fatal ATV accident in 2017 in which her 8-year-old daughter Maddie was trapped underwater for six minutes while her mother was trying to rescue her. “The biggest thought that stays with me and haunts me is when I was trying to save her, when I thought I lost her, I was so scared that the last thing I thought was, ‘Why didn’t Mama save me?'” ‘ He said through tears. ‘I just hope you knew I was doing everything I could if it was the last thing you lived.’

Continuing on her journey of self-discovery, “I think when your worst fear happens, you are much less afraid of everything else. I think it did. It made me re-evaluate everything and who I was as a person and where I needed to be the best.”

.@ ABC Exclusive: “I was so scared that the last thing I thought was, ‘Why didn’t Mama save me?'” “
Tweet embed opens on Tweet embed About her daughter’s near-fatal ATV accident, in her first TV interview about her new memoir, Things I Should Have Said. https://t.co/k7LGZ0KKW1 pic.twitter.com/SBWJIMEeFX