A Survey of Indian Scholarship on Indo-Chinese Relations – The Diplomat 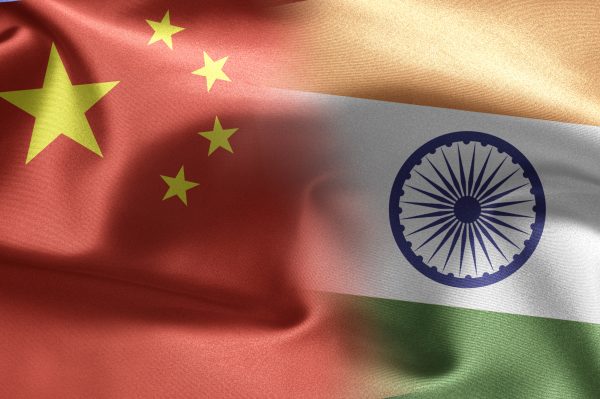 New Delhi has been wary of its neighbor across the Himalayas since at least 1959, but the past few years have seen a huge rise in publications about China in India. One can assume that some of the reasons for this are: (i) the rise of China’s role in the world as such, including in India’s neighbourhood; (ii) Indian and Chinese economies are becoming increasingly more intertwined (increasing trade, New Delhi joins the Asian Infrastructure Investment Bank, and so on); and (3) the state of their political relations, especially in the wake of the bloody tensions in Ladakh in 2020. Thus, the period 2020-2021 saw an incredible rise in books on Sino-Indian relations being published in India.

It would not be fair to assume, writing this at the end of December 2021, that all of these publications are a direct result of the conflict that occurred on 15 June 2020, and therefore represent an attempt to capitalize on the increasing popularity of the subject; The book writing process is usually long. It would be more fair to conclude that what we have now is a perfect blend of a long tradition of scholarship on Indo-Chinese relations coupled finally with a growing interest in the topic in broader circles, including the media and social media. Thus, what I will do here is to summarize the books on current Indo-China relations published by Indian authors in 2020-2021, to suggest what we can learn from them – and where we need further research.

I would like to stress the consciously limited scope of this comment. I won’t focus on previous posts, as others have reviewed them; I will focus on books, not articles or other types of text, as I will likely drown in that sea; I will be looking at books by Indian authors, as it is up to China experts to focus on texts written from a Beijing perspective. In other words, this is a glimpse into how Indian authors view their country’s relations with the People’s Republic of China.

I will also include books about Stream India-China relations, although it will be useful to the reader if you just point out other new publications here. Thus, I will not mention other books on China as such (such as Manoj Kewalramani’s “Smokeless War: China’s Quest for Geopolitical Hegemony”) nor new books on Indian foreign policy, even if they include relations with China (such as Shivshankar Menon “India”) and Asian Geopolitics: Past and Present”). I will also leave out other notable and interesting approaches, such as an Indian writer’s attempt to present current Chinese perceptions of India, Abhay Kumar Singh’s book “The Rivalry Between India and China: No Longer Equal” (Available here). I’m also not going to refer to books on the history of relations between the two Asian giants, including their border dispute – although in recent years at least four titles have appeared on the matter (and I’d be glad if someone more experienced. Check them out). These are: Nirupama Menon Rao “The Himalayas Rift: India Tibet China 1949-1962”; “Tanvi Madan’s Fateful Triangle: How China Shaped US-Indian Relations During the Cold War”; Francine Frankel “When Nehru looked east: the origins of American Indian skepticism and the India-China rivalry”; Kyle Gardner, “The Boundary Complex: The Geopolitics and Composition of the India-China Frontier, 1846-1962.”

Get a story summary of the week, and develop stories to watch across the Asia Pacific region.

Even after all that sifting through, what’s left for me is a stack of five books to review here: Ananth Krishnan “India’s Challenge in China: A Journey Through China’s Rise and What It Means for India”; Kanti Bajpai “India vs. China: Why are they not friends”; Zorawar Dulit Singh “Changing Power: India-China Relations in a Multipolar World”; Gautam Bambawale et al. “Rising to the Chinese Challenge: Winning Through Strategic Patience and Economic Growth”; and Saibal Dasgupta “Running with the Dragon: How India Should Deal with China”.

If you are new to this topic, Ananth Krishnan’s “China’s Challenge in India” by Ananth Krishnan is likely to be an introductory book. Kanti Bajpai’s ‘India vs. China’ may serve a similar role as an introduction to the field but is more general when compared. Krishnan’s work also may not provide an in-depth analysis of a particular aspect, but the book, written by an old Indian reporter in China, guides us through some of the key aspects of the relationships between the two Asian giants. These include: the history of border relations and disputes, security relations, a bit about economics, and other areas. Examples of current Sino-Indian relations as seen from the personal perspective of ordinary people, in areas such as sports or culture, serve as additional interesting material. And if these case studies will draw you to the topic of relations between the Chinese and Indian people and their views of each other, turn to a slightly older book: Reshma Patil’s Strangers Across the Border: Indian Encounters in Boomtown China,” published in 2014.

Gautam Bambawale and others “Rising to the Challenge of China” can be considered reading the next step after these introductions. The publication leaves the past behind and focuses on the future. It does not describe the history of relations and the genesis of the border dispute, but instead identifies the current challenges in relations with China facing India, and seeks policy prescriptions for these issues. It’s like a home repair to-do list, paired with a shopping list of the things needed to get the job done.

The book’s clear structure and boldly illustrated recommendations are its strength. However, the Challenge summary appears to be based on a very general review of the publications, rather than on deeper research – most sources are recent articles on the Internet. Moreover, the problem with the book’s policy recommendations is that it boils down to saying that India must do essentially everything in every area, and this makes some of them somewhat general and idealistic. This is much more than a wish list to make the country a global power. However, policy prescriptions become somewhat more specific in Chapter 4, where the authors elaborate their views on the China-specific challenges New Delhi faces, and in Chapter 6, which makes more concrete proposals about what might be called Indian secession from China: a strategy to reduce New Delhi’s dependence on imports from the People’s Republic of China.

If you want to focus on the security aspects of a relationship, try Zorawar Dawlat Singh’s ‘Powershift’. The author has written other books On the relations between India and China, while “Powershift“ He doesn’t focus on defense alone, that’s where the book stands out from the crowd. Moreover, if you’re here because what sparked your interest in Sino-Indian relations as the 2020 clashes in Ladakh, “Powershift” provides a broader context for those events. The author expertly identifies New Delhi’s security challenges and deterrence dilemmas with relations with Beijing, including what he sees as India’s strategic mistakes as well as gaps in the hard-line defense network New Delhi’s forces place on the Himalayas. Finally, he makes some concrete recommendations on the directions in which Indian deterrence against China should develop. For more information on this topic – New Delhi’s security dilemmas and deterrence strategies against China in the Himalayas – I also recommend this report Written by Frank O’Donnell Alexander W.K. Bolfras, “The Strategic Postures of China and India: A Visual Guide.”

Besides security and politics, the most important aspect of Sino-Indian relations is the economy. Apart from the aforementioned “Rise to the China Challenge”, Another book that focuses on this topic is “Running with the Dragon” by Sybal Dasgupta. It offers an intriguing experience, as it seems to invite us into a completely different world: a world in which Indo-China cooperation is still possible and mutually beneficial. The book focuses on economic opportunities in bilateral relations, and thus his novel is largely depoliticized. He. She It offers interesting case studies, promises more opportunities for Indian companies in the Chinese market (and vice versa), and blames the trade and investment imbalance between the two Asian giants on the Indian side.

However, I have reservations about it. At times, the landscape of Chinese political economy that the book depicts is a bit rosy. Sometimes it seems that the People’s Republic of China is an ideal market, and only Indian companies and diplomatic missions do not know how to harvest their flowers. It is only late in the book that Dasgupta begins to mention the problems on the Chinese side, such as the non-tariff barriers erected by the Beijing government, and the lopsided playing field they create. Dasgupta’s book is best read in conjunction with the book by Bambawali and its co-authors that shows the other side of the same coin.

Relations between India and China will certainly be one of the important variables of the global situation in the twenty-first century. Hence, it is encouraging to see the number of books on Indo-Chinese relations rise exponentially in India. What this overview of new publications on the topic shows is that there is a great deal of interest in Sino-Indian security relations and the history of the border dispute, and that India’s challenges in relations with China are well defined. What one would like as a reader to read more about in the coming years is a more nuanced approach to the economic relations between the two and a more realistic analysis of what New Delhi could do to avoid PRC domination economically. To add to this wishlist, I would be happy to read a book that focuses on the Sino-Indian struggle for influence in other countries in South Asia.