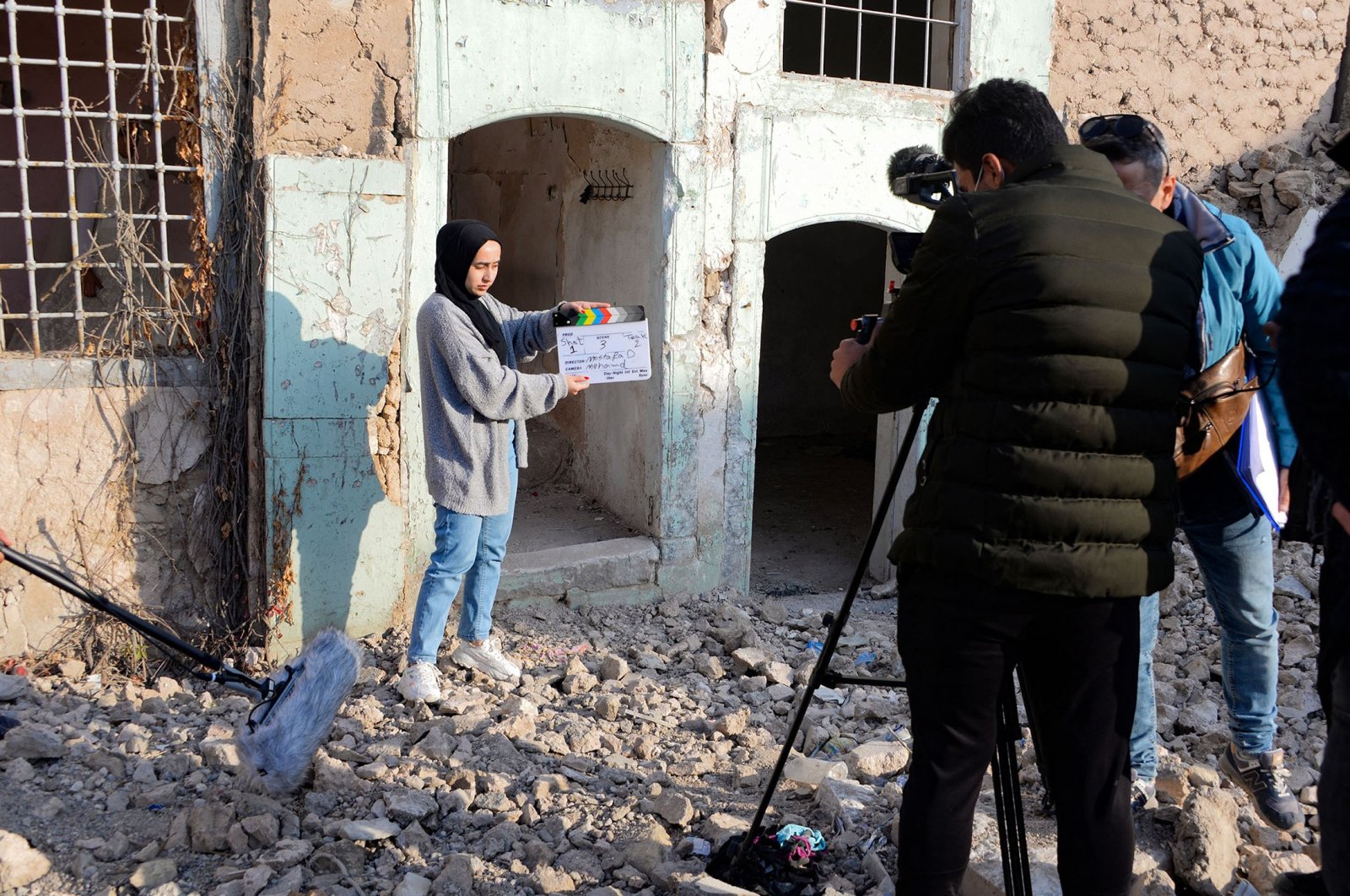 Cinema is a distinct art form that has become increasingly available over the years, giving people from all walks of life, an opportunity to make films. One beautiful example emerges from war-torn Iraq, where students learn to make films, heal wounds and highlight the horrors of the past and present in the meantime.

A budding Iraqi film director screams “Action!” As an actor climbing over the rubble in the old city of Mosul, he is proud of the students of a budding film school in the former extremist stronghold.

Mosul still bears the scars of the brutal rule of the terrorist organization ISIS, which overran the northern Iraqi city in 2014 and imposed its extremist views.

They destroyed everything from ancient churches to musical instruments, before being defeated in a devastating battle in 2017.

Now, with a collaboration between the Academy of Fine Arts in Mosul, a Belgian theater company and the United Nations cultural agency, UNESCO, 19 students are getting the chance to produce their first short films.

“We live in Mosul and we know everything that happened,” said theater student Mohammed Fawaz, 20. “We want to show everything to the world through cinema,” he added.

Over the course of a four-month course, students get a taste of everything from writing and photography to acting and editing, according to Milo Rau, artistic director of the Belgian theater company NTGent who is behind the initiative.

Cameras and microphones at hand, students now take to the streets of Mosul to tell stories from their wounded city.

An actress dressed as a bride searches for her husband, only to discover that he has stepped on a land mine.

Children and other residents gather around the place curiously, while a neighbor refuses to turn off the annoying generator.

One teacher reminds the students, as the December sun sets: “We lose the light.”

Student Fawaz said that studying at the Academy of Fine Arts after the defeat of ISIS was a bit like “the transition from the Stone Age to the modern age.”

A fan of blockbuster movies like Marvel and Fast and Furious, Fawaz spent many of his teenage years at home without TV or education under the extremists, learning English through books and thanks to a neighbour.

Fawaz said he and some of his classmates had already decided “to shoot films about Mosul and its war.”

After an intense month-long session in October, the students were trying out different roles while they were making their films, said Belgian coach, photographer and director Daniel Demoustier.

He said that all equipment such as lenses and sound equipment brought in from abroad will remain with the aim of “students picking it up again and starting to make their own films.”

Even if only three or four did it, he said, “it would be a huge success.”

Tamara Jamal, 19, said the course was her “first experience” with cinema.

Her short film tells the story of a girl whose father beats her mother, while others investigate issues including early marriage.

“Most students prefer to talk about stories in which children play the main role,” said Susanna Abdul Majeed, an Iraqi-German actress and teacher whose family hails from Mosul.

Young people in the city, she said, “have been through a lot of difficult and horrific things…There is a kind of longing for childhood, and also for a time of innocence.”

Rao said the nine students’ works, each up to five minutes long, will be shown in Mosul in February before being shown at European festivals.

His film Orestes in Mosul – an adaptation of the ancient Greek tragedy of Aeschylus – was produced in 2018 and 2019 with the participation of local students.

The goal now, he said, was to secure funding for the film division’s continued operation.

The next step will be to “hold a small film festival in Mosul … to continue what we started.”

Stay informed of what is happening in Turkey, its region and the world.