Nigerian superstar, Wizkid has again sold out tickets for his London concert at the O2 Arena in London.

This is the second date released for Wizkid’s UK concert after the first date sold out in a few minutes.

The ‘Essence’ crooner went ahead to release a third date, December 1st, 2021, due to the high demand.

Surprisingly the third date has again sold out in under 30 minutes.

Wizkid’s fourth album ‘Made in Lagos’ has topped world charts and is still topping.‘Essence’ has debuted at Number 82 spot on this week’s Billboard 100.

‘Essence’ which is the fourth song from his album ‘Made in Lagos’ has become a fan favorite and summer hit song for celebrities in America and other parts of the world.

Wizkid’s “Made In Lagos” album , Essence also made it to Billboard’s World Album Chart for the second time since its release.

His song ‘ Essence’ which has been played consistently across the world recently won best shazamed song. 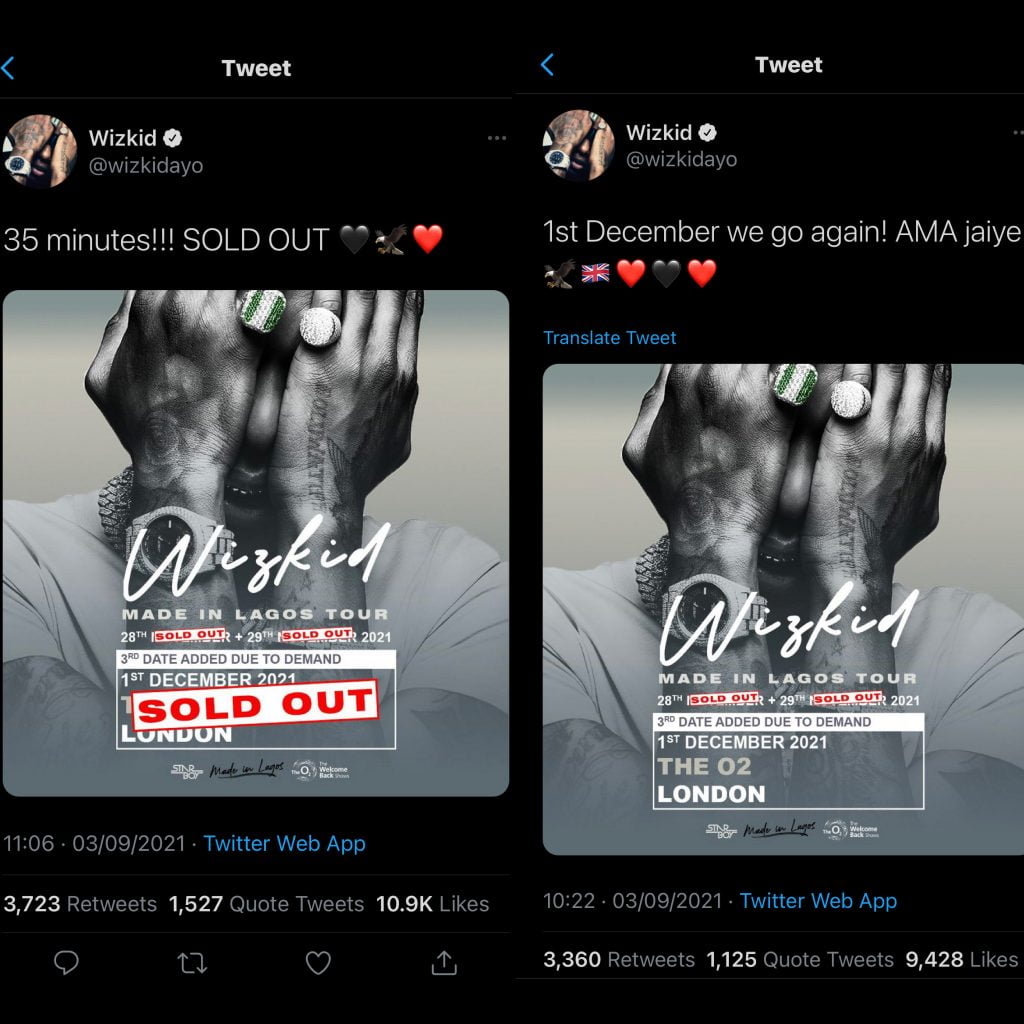