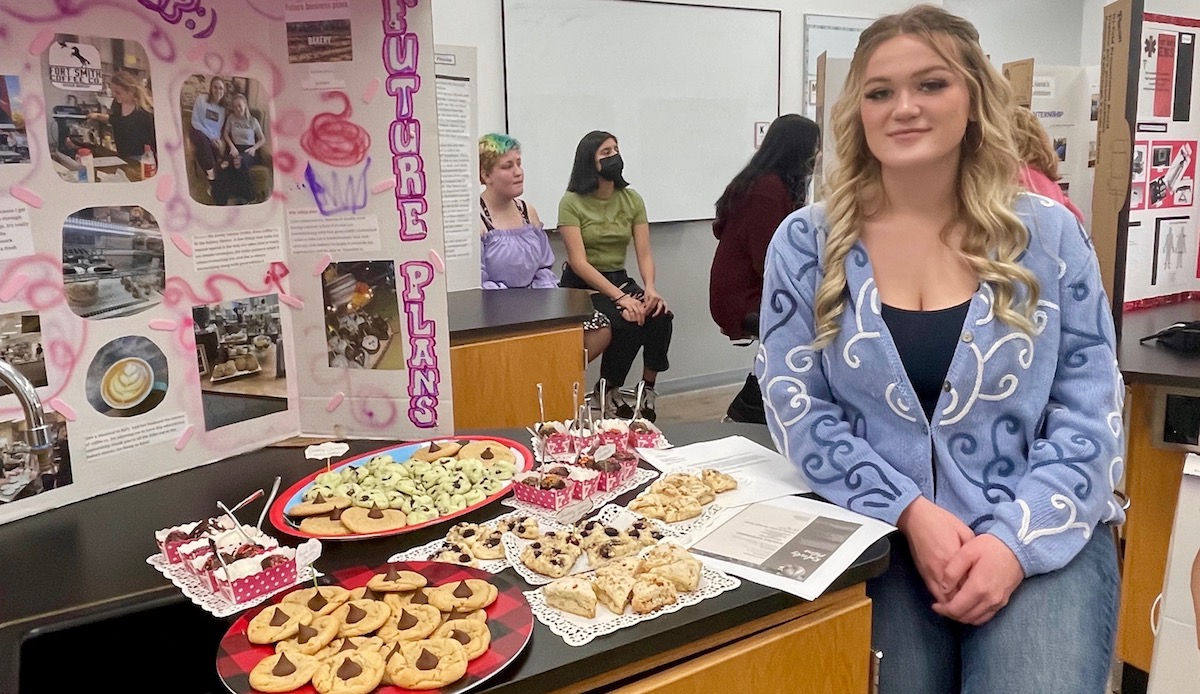 Several courses for students at the Future School of Fort Smith have been suspended for a year during the COVID-19 pandemic. Internships returned for all 10th to 12th graders this fall, and on Thursday (December 9) the school celebrated students’ passion in an open house for internships.

When the school opened in 2016, superintendent Boyd Logan said, the founders recognized the importance of internships in student education as a way to combat the lack of relevance to education for many students.

“We saw that high school was kind of a place for a lot of students where they were waiting to get out in the real world. Some kids were very capable of doing amazing things and instead of cultivating that in school, school was stopping them from doing that. They spent their time in school, and then They went out and did the things they were excited about when they left school,” Logan said. “When we started school, we wanted to bring those feelings that children have to school as well as cultivating the feelings they have and helping them to follow through.”

The School of the Future in Fort Smith It opened its doors August 22, 2016, in downtown Fort Smith as a public, tuition-free high school for 10th through 12th graders centered around a personalized approach to learning through student-designed internships, personalized learning plans, and a counselor for each student. It is the only public high school in Arkansas to offer student-led apprenticeships to every student every semester.

Starting in the 2021-22 school year, the school is open to students in grades nine through twelve. All students from grades 10 to 12 participate in training on Wednesdays. The ninth graders do not participate in the internship, but they begin to participate in community service and prepare for a future of giving to the community.

“With the ninth grade, we’re trying to develop their ability to come out[on an internship],” Logan said.

Each student at the school has a counselor who works with students with the help of others to identify students’ interests and how they can use those interests professionally, said Cordelia Hook, the training coordinator.

“Then we support them in getting that training themselves,” Hawke said.

Sometimes the most successful exercises, she added, are the ones students hate.

“Because now they know it’s not something they want to do and they’re not wasting time at school,” Hook said.

E said. Van Dyck said that is exactly what happened to her. The tenth grader rehearsed with the Tone Beauty Bar in Fort Smith this semester because she thought cosmetics looked interesting. She has learned that while it is interesting, it is also hard and not something she intends to make her career. Van Dyck said she nevertheless learned from her time at work. She learned how to dye classmate Perla Amaya’s hair a bright purple. And I learned the importance of talking to people in a professional manner.

“My teacher really encouraged me. You showed me that it is possible to start your own business and be successful,” said Vickers.

The 12th grader said she’s been baking since she was 10, so she spent more of her apprenticeship learning the business side of running a bakery. She hopes to do a tattoo internship in the spring to help develop her passion for art. After graduating in the spring, Vickers plans to move to Norman, Oklahoma, where she intends to work in various fields, gaining experience. Once she’s decided where she eventually wants to live, she said, she’ll look forward to opening her own business.

Similarly, Caliste Peters, a 12th grader and student body president, wants to open a bakery someday. Peters has been accepted to the University of Arkansas at Fort Smith for the fall of 2022 and intends to major in business. While at school, Peters, who trained with Fort Smith Coffee Co., plans to. This fall, to build her credit and earn enough money to send herself to culinary school in Brightwater: A Center for the Study of Food in Bentonville, where she hopes to earn a culinary degree.

“After I get my college degree, or maybe even during culinary school if it’s not too difficult, with that good credit you mentioned, I want to take out a small business loan and open my own bakery,” she said. “I hope you succeed in living up to my expectations and to be able to franchise it.”