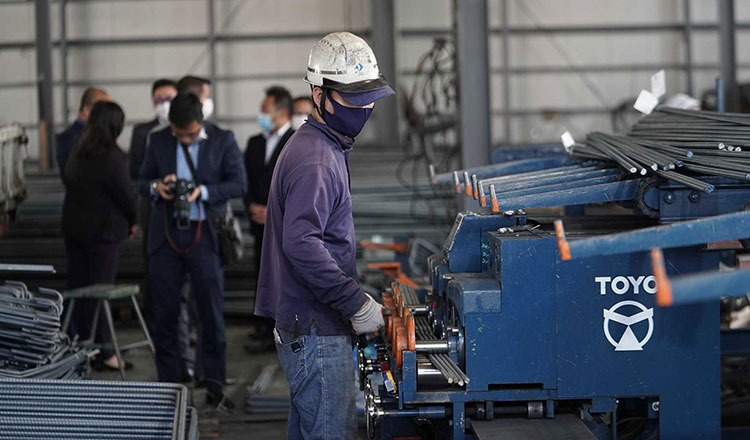 Japan has suspended the allowance for Cambodian trainees or workers to enter the country due to Covid-19 Omicron as significant concerns have been raised about this new variant, which is said to be highly transmissible, have a higher re-infection rate and has spread to 38 countries including in America, Asia, Europe and Australia.

Previously, on November 15, the Ministry of Labor announced that all apprentices, students and skilled workers who are eligible to train, study or work in Japan must follow a number of measures because the Japanese government will allow Cambodian workers and apprentices to return to Japan again but with strict conditions.

However, on December 2, the ministry announced a temporary suspension of travel to Japan for all Cambodian trainees willing to work in Japan in order to prevent the spread of the new Omicron Covid-19.

“The Government of Japan has decided to temporarily suspend travel to the country for new travelers, including Cambodian trainees, who are preparing to leave for work in Japan for a period of one month as of November 30,” she said.

Sun Srinush, who was a worker in Japan, said she is looking forward to an opportunity to be able to work in Japan again, but it seems hopeless because Covid-19 continues to spread globally.

“Last year I was hoping to go to Japan and I paid nearly $3,000 to the company but now I have to wait for a more suitable time to go to Japan as the company promised that I would get a chance to go back to work as long as it said ‘Japan allows interns’.

“I work in a water factory in Cambodia now. Although the income is different from when I was working in Japan, I can accept it because that is what I earn even though it is less.”

Sa Tin, who was a worker in Japan, said he had been waiting a long time to return to work in Japan since returning to Cambodia last year in August.

“I need to spend about 2500” through a Cambodian company to work there. The virus is still spreading globally, and since Japan is closed again, I am giving up and will seek my payment from the company.

AP Job Operations Director Hong Sambath said that while this shutdown is causing concern, the closing time can be used to enhance workers’ capabilities so that they are more qualified and skilled.

“The announcement of reopening in November made our company and workers very happy, however, some Cambodian workers still need training and can’t even pass the interview stage, so they need more training,” he said.

The receptionist at the Phnom Penh-Tokyo Japan Center said the company transferred about a dozen Cambodian workers to Japan in November.

“We only have about 10 students who did online study, because some workers gave up to work in Japan because they need income now. They need to work in Cambodia instead even at a lower salary rate.”

The official of the Facebook page at Royal Manpower Cambodia said that the Covid-19 virus has affected both sides as a company and employees. The company needs workers while workers are reluctant to spend money to work there.

“Every candidate is paid thousands of dollars—up to $4,000—to work in many types of factories in Japan. They need to cross many lines before they can work there.

He pointed out that working in Japan can provide a high income but the number of workers who register for training in the company is declining and that is why the company is struggling.

“To work in Japan, they must first be proficient and able to speak Japanese – if not fluently, then at least in an acceptable manner. However, they need to do an interview as well. If they are successful, they need to spend thousands of dollars to work there.”