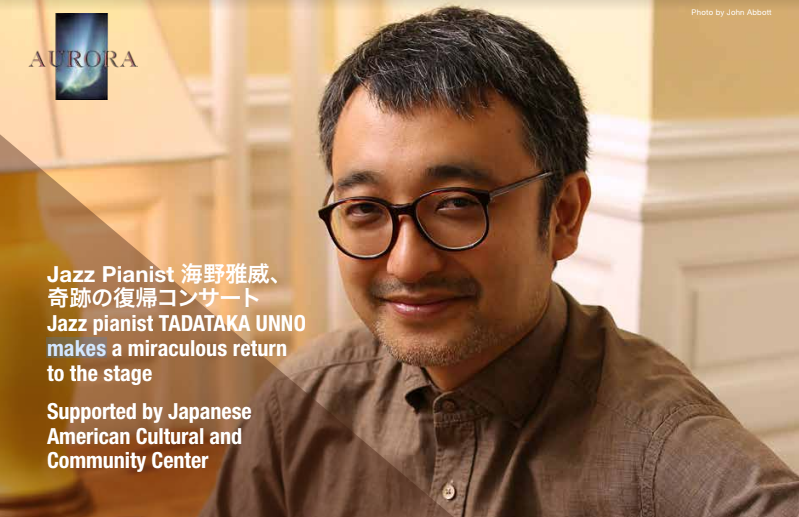 Born in 1980 in Tokyo, Ono began playing the piano at the age of four and played jazz piano at the age of nine. He started his career as a musician at the age of 18 and was the standard bearer of the younger generation, performing with many notable musicians such as Yoshio Suzuki, Kimiko Ito and Masahiko Osaka.

In 2008, in order to continue the roots and culture of jazz, Ono moved to New York, where he now resides. Despite starting from square one in a new world, Ono was hailed by top musicians such as Hank Jones, Jimmy Cobb, Roy Hargrove, and John Pizzarelli as the first regular band member from Japan. In addition to his performances on world tours, Ono also plays on his own trio.

Around 7:30 p.m. on September 27, 2020, Ono was violently and violently attacked in a Manhattan subway station by a mob of young men yelling “Chinese” and “Asian,” and verbally abused him. Ono was taken to hospital in an ambulance, after suffering fractures to his right shoulder and right arm as well as bruises to his entire body, including the head – serious injuries likely to end his career as a pianist.

This incident was widely reported in the news, and support poured in from all over the world. Determined not to succumb to discrimination or violence, Ono now sees it as his mission to “express through music that negative energy can be transformed into positive energy.” He underwent surgery and extensive physiotherapy, which allowed him to make a long-awaited return to the stage.

The Aurora Foundation would like to share a message of dream, hope and courage with him, and stands in solidarity against all hate crimes.

Tickets are $100 for concerts and reception), $40 (reserved seats), and $20 (general admission). For more information, email aurorafoundation@usa.net or visit www.jtsf-aurora.org.

Guests must show proof of complete vaccination or negative proof of a COVID-19 PCR test within 72 hours before entering the operating room. Photo ID is also required. Guests must wear a mask that completely covers their nose and mouth at all times while in the theater, and their hands must be sanitized when entering the theater. Stay home if you are sick or develop symptoms of COVID-19.

With a focus on the future of global peace, and a deep passion to contribute to a better world for young educators, the Aurora Japanese Language Scholarship Foundation was established in 1998 as a 501(c)(3) non-profit organization by Dr. Akiko Ajishi, who serves as its President.

The Aurora Challenge Grant is awarded to an American citizen who resides in California and has a unique dream, in any field of work, related to Japanese culture that would never have come true without traveling to Japan. The award is given to an individual who has a dream or creative challenge that, if achieved, would contribute to global goodwill and intercultural recognition.

By awarding this scholarship, the Aurora Foundation hopes to help the winner further the pursuit of their true and true dream by providing them with the opportunity to experience a once in a lifetime experience. Through this experience, and by furthering the pursuit of their dream projects, the recipients continue to gain and share a better understanding of Japan.

To encourage the younger generation, the Aurora Foundation is organizing a speech contest for non-Japanese speaking high school students in the United States, jointly with the American Association of Teachers of Japanese Language and the Consulate General of Japan in Los Angeles. The winner is invited to participate in the Overseas Japanese Speech Contest that takes place every summer in Japan. To date, the Aurora Foundation has awarded scholarships and fellowships to 80 recipients.

The Aurora Foundation organizes several fundraising events throughout the year, including the Japanese Film Show and Charity Golf Classic in the spring, and the Award Dinner and Benefits Gala in the fall. The net proceeds finance the Foundation’s grant programs and the Aurora Endowment Fund. In addition, they have become locally featured events, and the institution is proud to be part of the Japanese-American community in Southern California.

The goal of the Aurora Foundation is that the learning experience gained by scholarship recipients and the support generated by their fundraising events will positively impact the United States mainstream and will foster goodwill between the United States and Japan.