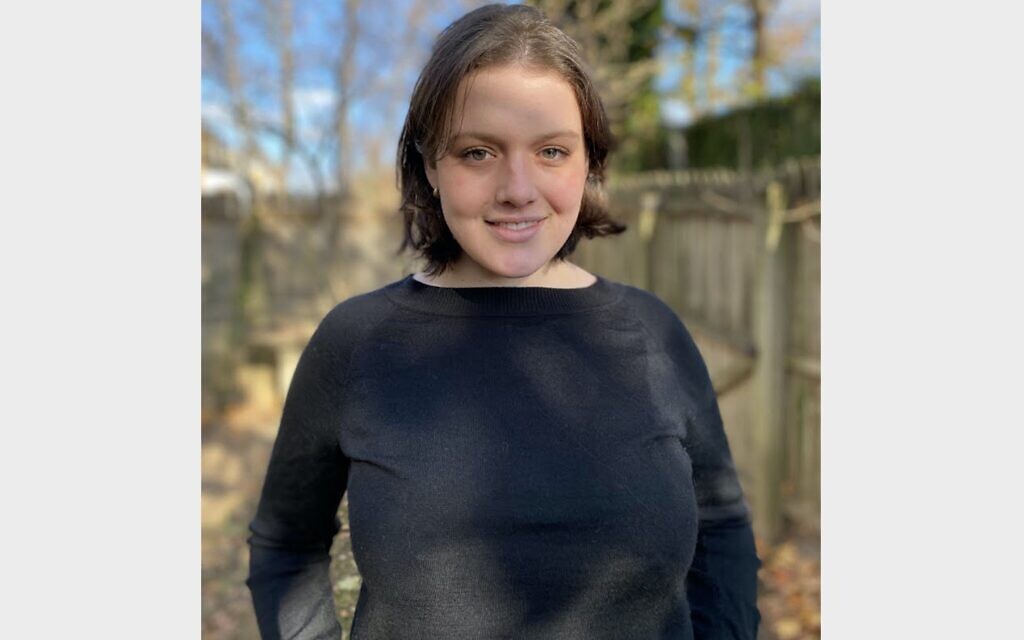 A senior student at the University of Pittsburgh, who led students’ response to the 2018 antisemitic attack on the Tree of Life building, has been awarded a special scholarship to study abroad and learn how tragedies are remembered and celebrated globally.

Maja Lin, 23, of Shadyside, was recently selected as one of about thirty Marshall Scholarship recipients. She plans to move to the UK in the fall of 2022 to study at Queen’s University Belfast.

“As future leaders, with an enduring understanding of British society, Marshall Scholars work to advance the enduring relationship between the British and American peoples, their governments and institutions,” reads a statement from the Scholarship Committee.

Lynn, who majored in anthropology and museum studies, is originally from Philadelphia. Although not Jewish, she played an important role in the Jewish community of Pittsburgh when she led the creation of “To Those Who Understand: Responding to October 27” in the summer of 2019. The exhibition debuted at Pete, as is organized at the Holocaust Center in Pittsburgh.

“[Students working with Lynn] She was among the first to think about responses to 10/27 and was the first to look at the event and its aftermath from a student perspective,” said Lauren Burnsfather, executive director of the Holocaust Center. “The exhibition was a remarkable achievement. Maja demonstrated herself as a courageous leader in the group and continued to work with the Holocaust Center after completing the exhibition. We are not a bit surprised to learn that she won a scholarship to continue her studies in the UK.”

Lynn said the goal of her work in response to the Pittsburgh synagogue shooting was simple: “To capture as many votes as possible.”

“Many students felt that the university community did not receive their response,” she added. “We were trying to be as aware of the trauma as possible.”

Lynn also worked with Professor Rachel Cranson, who heads the Beth Program for Jewish Studies, and Eric Ledgy at the Heinz Center for History’s Rao Jewish Archives on the project. She later did an internship at the Holocaust Center.

“Scientists have had the resources and support but almost no mandate” for the exhibition, Ledgy told the Chronicle. “They had a lot of freedom to make the project their own. It could be intimidating for anyone, not to mention a group of students creating their first exhibition – and on a topic of such sensitivity and importance. I had the pleasure of watching Maja and the others navigate the conflict and gain confidence in their ideas. And they unite as one.”

Lin, who holds German citizenship through her mother, previously worked in a memorial position at the Dachau concentration camp. She said she had been “thinking a lot about anti-Semitism in this context, and I was really shocked when I came back and two months later [the Pittsburgh synagogue shooting] Event.

“I try to be very cognizant of my role as a German, and in relation to colonialism,” Lynn said. “I try to be very aware of history and my identity, and that is one of the driving forces for me for sure.

“I learned a lot from this exhibition and from the community,” she added.

At Pitt, Lin studied the Herero genocide, a campaign of genocide and collective punishment waged by the German Empire in Namibia, then German Southwest Africa, between 1904 and 1908. It was the first genocide of the 20th century.

“Their experience has already been recognized in Namibia… but [Herero people] Lynn explained. “It was a last-ditch effort to memorialize this genocide and I found it very fascinating.”

Lynn hopes to continue studying Genocide Remembrance in the UK for a master’s degree next year.

“I’ve learned from my research and from the Pittsburgh community how important it is to celebrate an anniversary,” Lynn told the Chronicle. “I hope to go to Belfast [to see] How they work in telling their national story.”

Cranson said the Lynne star has been shining in Pittsburgh and she expects to hear more about her and about her.

“Maja approached the exhibition with exceptional focus, maturity and sensitivity,” Cranson told the Chronicle. “In my experience, she brings that sensitivity, focus, and maturity to all of her work. She has ambitious plans to study Genocide Remembrance, and I can’t think of a student more willing to do this important work.” PJC

Justin Vellucci is a freelance writer living in Pittsburgh.