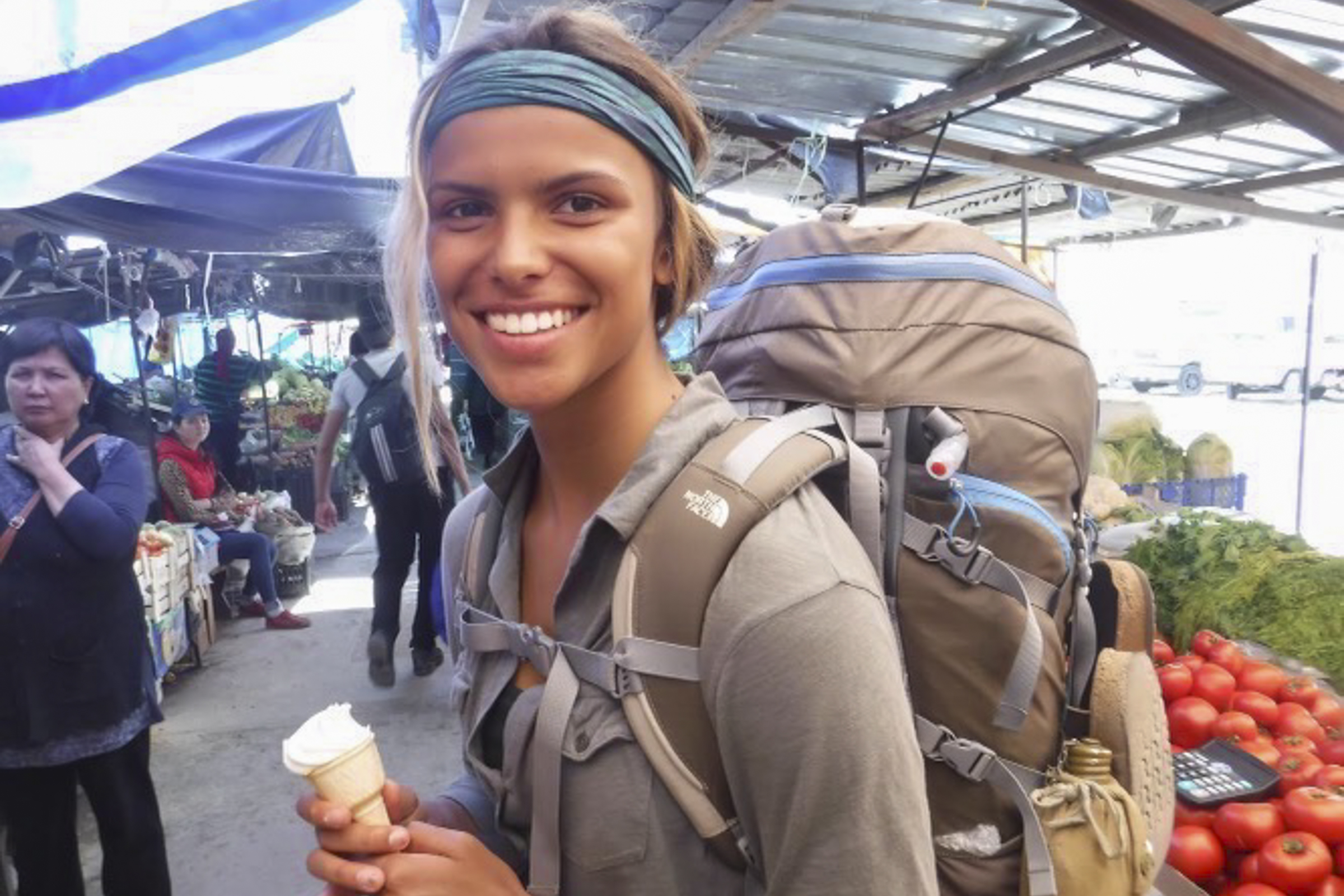 LSA undergraduate Rachel Merritt was recently awarded the Rhodes Scholarship, becoming the 30th recipient of the University of Michigan’s oldest and most prestigious international scholarship. Merritt, along with 31 other American Rhodes Scholars, will study at Oxford University with all expenses funded by the scholarship program for the next two to three years.

“I am particularly interested in authoritarian practices in digital spaces and how they don’t have borders anymore,” Merritt said. “There is a real need to come up with new metrics and strategies to govern the internet internationally and hold countries like Russia or various countries in Eastern Europe to account.”

Merritt is currently a double major in Russian and International Studies. During her time at the university, Merritt said she visited Russia twice and worked with many Russian activists and journalists, including The New Times editor-in-chief Yevgenia Albats, a distinguished lecturer at the University of Michigan Center for Russian and Oriental. Program in European and Eurasian Studies.

“Evgenia Albats came to Michigan, which was my introduction to the world of investigative journalism in Russia,” Merritt said. “Since then, I have made much more contact with different journalists, and my interest in understanding the online media spaces has increased.”

The complex legacy of the Rhodes Scholarship has come into question in recent years and is something Merritt said she still struggles to navigate. Cecil Rhodes, the founder of Scholarship in 1902, was a staunch advocate of British imperialism and the eugenics movement.

“The fund has done a lot more in the past decade or two to address the issue of an imperialist or exclusionary group than it has in the past,” Merritt said. “I spoke to Amytess Girgis, who was the researcher from last year, and her year has been the most diverse group of American Rhodes scholars ever created.”

According to the press release from the Rhodes Trust, this year’s class of scientists includes a record number of 22 women with recipients from 24 different colleges and universities across the country. Of the 826 students accredited by their schools, four of the finalists were UM students: Public Policy graduate Amanda Kaplan, SMTD Senior Student Sammy Sussman, who works at The Michigan Daily, LSA Karthik Ravi and Merritt.

Henry Dyson, director of the Office of National Scholarships and Fellowships, told The Daily that the university is looking for candidates who demonstrate academic excellence, demonstrate leadership potential, demonstrate altruism, and use their talents to the fullest. These qualities are exemplified by research accomplishments, letters of recommendation, leadership positions, internship opportunities, and public character, Dyson said.

“A lot of Rhodes Scholars are what we might call ‘thorny’ in that they have bulges of talent and interests in various different fields,” Dyson said. “There are so many different interests and pursuits, which is a hallmark of the Rhodes Scholarship.”

Dyson said what made Merritt stand out as a candidate was her comprehensive resume.

“Say you have an interest,” Dyson said. “But it’s another thing to have a resume that shows you pursued that interest through two or three different phases as Rachel did.”

Merritt said she has been working with Dyson for the past six months to prepare for the rigorous application process, which consists of eight letters of recommendation, an endorsement from the university, and two virtual final stage interviews, one behavioral and one technical.

Merritt said one of the unique challenges she faced during the final interviews was the time zone difference between the United States and Russia, where she is currently studying abroad.

“(Meeting the committee members) was a little tricky because it was 2:00 AM in Russia, so I was excited and tired at the same time,” Merritt said. “I tried to switch up my sleep schedule as often as I could in the week leading up to it and did a lot of preparation for the interview.”

When Merritt first found out that she had won the Rhodes Scholarship, she said she was in complete awe, full of emotion.

“It was a crazy moment — there was a lot of emotion going on, maybe one of the reasons was that by the time they told me it was about 3:30 in the morning,” Merritt said. “It was a moment when I felt like my life had changed so well.”

After helping Coach Merritt through the application process, Dyson said he’s proud of her and excited to hear about everything she’ll accomplish in Oxford and beyond.

“I am so happy for Rachel, it will be a life-changing experience,” Dyson said. “She will have the opportunity not only to go to Oxford for two years but also to be at Rhodes House with these wonderful scholars from all over the world in all different fields.”

In an email to The Daily, Nataša Gruden-Alajbegovi, Director of the International and Comparative Studies Program, expressed her happiness for Merritt, especially as she is the first PICS student to win a Rhodes Scholarship.

“This speaks to the depth and breadth of our program that encourages students to place their international studies curriculum within our four sub-plans, which focus on learning a foreign language,” said Gruden-Alajbegovi. “Students are venturing out of their comfort zone to learn a second language in depth and learn about other cultures and people.”

“As an International Studies major, Rachel has leveraged our interdisciplinary and globally focused curriculum to develop and refine her focus on understanding, addressing, and addressing contemporary global challenges,” Franzisi said. “We know that Rachel and her phenomenal success will inspire brilliant, dedicated and globally motivated PICS students to apply for these prestigious scholarships, pursue their goals and make a positive difference in our wonderfully interconnected world.”

After completing her studies at Oxford, Merritt said she hopes to first work with internet regulations at an NGO before moving on to a more policy-based field.

“Ultimately, I want to get into a more political perspective on international approaches to the Internet or to Russia and Eastern Europe,” Merritt said. “But to start, I want to be on a small team that is more connected to the people on the ground and learn more about what journalists do in different parts of the world.”

Looking at her university experience, Rachel said that she wishes she could tell herself in her first year to appreciate all the relationships and friendships she would make over the coming years.

“One of the most rewarding things, after I leave Michigan, is knowing that I have so many friends, professors, and mentors,” Merritt said. “Michigan is not a chapter in a book that I should close because of those relationships.”

For those interested in applying to scholarships and fellowships, Merritt said she fully recommends taking advantage of the abundance of resources available at the university.

“Don’t count yourself out…You’ve gained a lot of skill in submission, so don’t let the fact that you don’t think you’ll dissuade her from applying,” Merritt said. “I feel like I know a lot about my interests, my beliefs, and my ability to speak out.”

Daily Staff reporter Ivan DiLorenzo can be reached at evandelo@umich.edu.

Editor’s note: Sammy Sussman, a finalist for the Rhodes Scholar Show, is an editor at The Michigan Daily. He did not receive the grant and did not help edit this story.