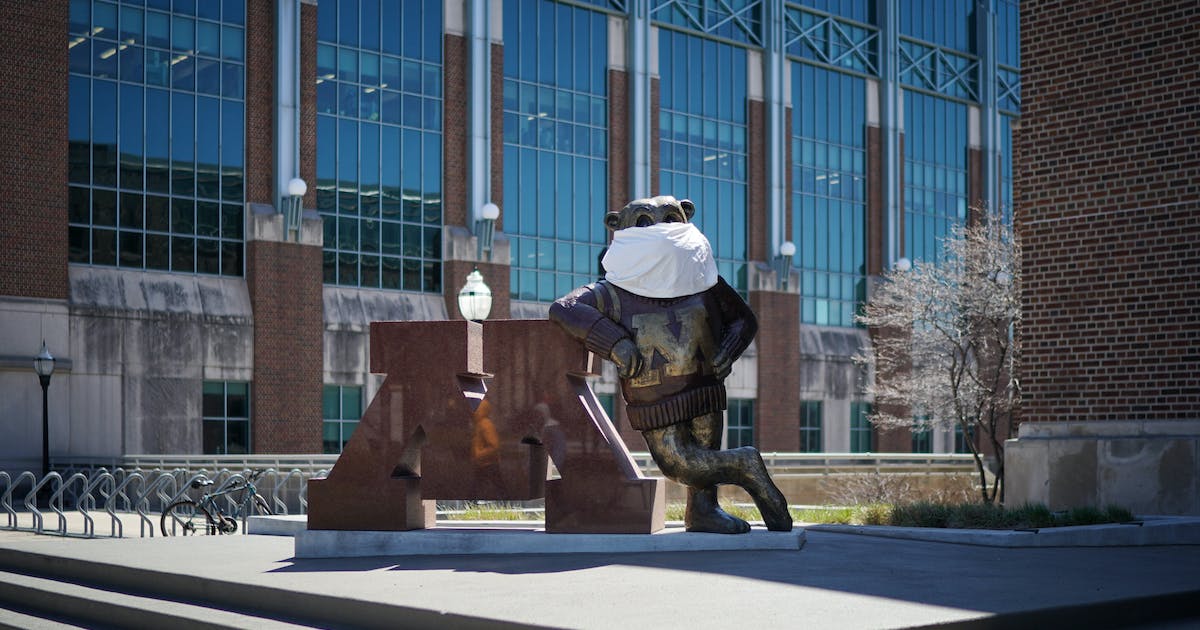 Hoping to capitalize on the state’s historic $7.7 billion budget surplus, the University of Minnesota will ask the legislature for nearly $1 billion in funding next year.

The $935 million large government funding request includes approximately $473 million to upgrade legacy infrastructure on its five campuses, $185 million to improve campus security and sustainability, and $65 million to expand scholarship opportunities for students, among others. Other proposals. It’s an unusually large request that some state lawmakers are already meeting with skepticism.

“A surplus of this magnitude is truly an investment opportunity for the future,” said Senior Vice President Finance and Operations Myron France, who previously served as the state’s budget commissioner. “We believe these programs and suggestions can really help Minnesota in the near future.”

The largest budget surplus in state history comes as Minnesota residents earn and spend more than expected amid the COVID-19 pandemic. Lawmakers are preparing for a torrent of spending proposals, many of them larger than usual.

Colleges statewide are looking to the legislature to increase their funding after experiencing enrollment and revenue losses during the pandemic. Minnesota’s larger system of 30 community colleges and seven universities is seeking about $353 million from the legislature next year — including $293 million for campus infrastructure projects and $60 million for a one-year tuition and operating expenses freeze.

Minnesota State spokesman Doug Anderson said the system’s board of trustees has not reviewed its funding request since it was approved in November, before revealing the high projections for the government’s budget surplus.

U’s request includes $860 million in one-time investments and $75 million in annual recurring funding. The infrastructure funding portion will help renovate buildings across all of U’s campuses and pay for the construction of a new undergraduate chemistry teaching laboratory on the Twin Cities campus.

University leaders are asking the state for $185 million to enhance security and sustainability on its campuses.

About $100 million will be paid for upgrades to security cameras, building access systems, street lighting, and a new 24/7 campus safety monitoring system. This funding will also allow the University of Minnesota Police Department to hire more officers to patrol the Twin Cities campus, which has grappled with high crime rates over the past year and a half.

“Students, faculty and parents are asking us to escalate,” France said of campus security. “And we feel the need to do so.”

France said the U.S. police department is authorized to have 61 officers but only 54, citing recruitment and retention challenges. France said the university wants to increase the size of the campus police force to about 70 officers, which is more comparable to universities in metro areas of similar size.

Sustainability projects, for which U is seeking $85 million, include implementing solar electricity generation on campus, an ongoing move to use electric vehicles and installing geothermal heating and cooling infrastructure, among others.

Many U students could end up receiving significantly more financial aid if the legislature approves a $60 million request to expand scholarships.

U is requesting $30 million in annual support for the Promise Scholarship Program that would increase the average scholarship for students with the lowest family income from $4,000 to $5,300. Students who transition on the income scale will also see that their scholarship amounts will rise, and the program’s income accrual threshold will increase from $120,000 to $160,000.

The other $30 million will be used to create a new Minnesota State Scholarship to attract more Minnesota-based students to the Duluth, Rochester, Morris, and Crookston campuses. Each Minnesota resident who attends the outdoor campus will receive a scholarship of $3,000 to $4,000 in the first year and an additional $4,000 to $5,000 distributed to second-year students during their graduate years.

“We think this might be one of the best ways to increase enrollment at the other four universities,” France said.

Other elements of the nearly $1 billion government funding request include $140 million to build a 275,000-square-foot health research facility on the Twin Cities campus and $60 million to help build an agricultural research and education complex that can be used by both the United States. Minnesota State College Regulations.

House Higher Education Committee chairwoman Connie Bernardi, DFL-New Brighton, praised the university’s “bold vision” for the future, but said it was unlikely to receive everything it asked for.

“It’s visionary and it sets a framework for evaluation,” Bernardi said. She added that lawmakers should make higher education a top funding priority next year as the country struggles with a shortage of trained labour.

State Senator Jason Rarick, R-Pine City, said he supports funding for new scholarships and improvements to campus security, including hiring more police officers. But Raric, vice chair of the Senate Higher Education Committee, said he would also want to check how much the university pays its administrators after President Joan Gabel was awarded a massive salary increase amid objections from students, staff and faculty.

Raric also said college funding could play a key role in addressing the current workforce shortages in the state. But he said U would face stiff competition in the field because the Minnesota system, with all its community and technical colleges, might be in a better position to produce skilled trade workers.

“There will be a lot of discussion about that. How can we better allocate dollars to workforce training?” Rarick said.

France urged lawmakers to invest better in the two college systems because state support for higher education has not kept pace with inflation since the 2008 recession. In 2008, annual state allocations to the university were $708 million. This year it was $713 million, France said, noting that this amount is much less purchasing power now than it was then.

“I think the case can be quite compelling, to both the State of Minnesota and the University of Minnesota, that the state can and I think should increase the amount of dollars that are given to these two systems,” France said.