Why study in the United States 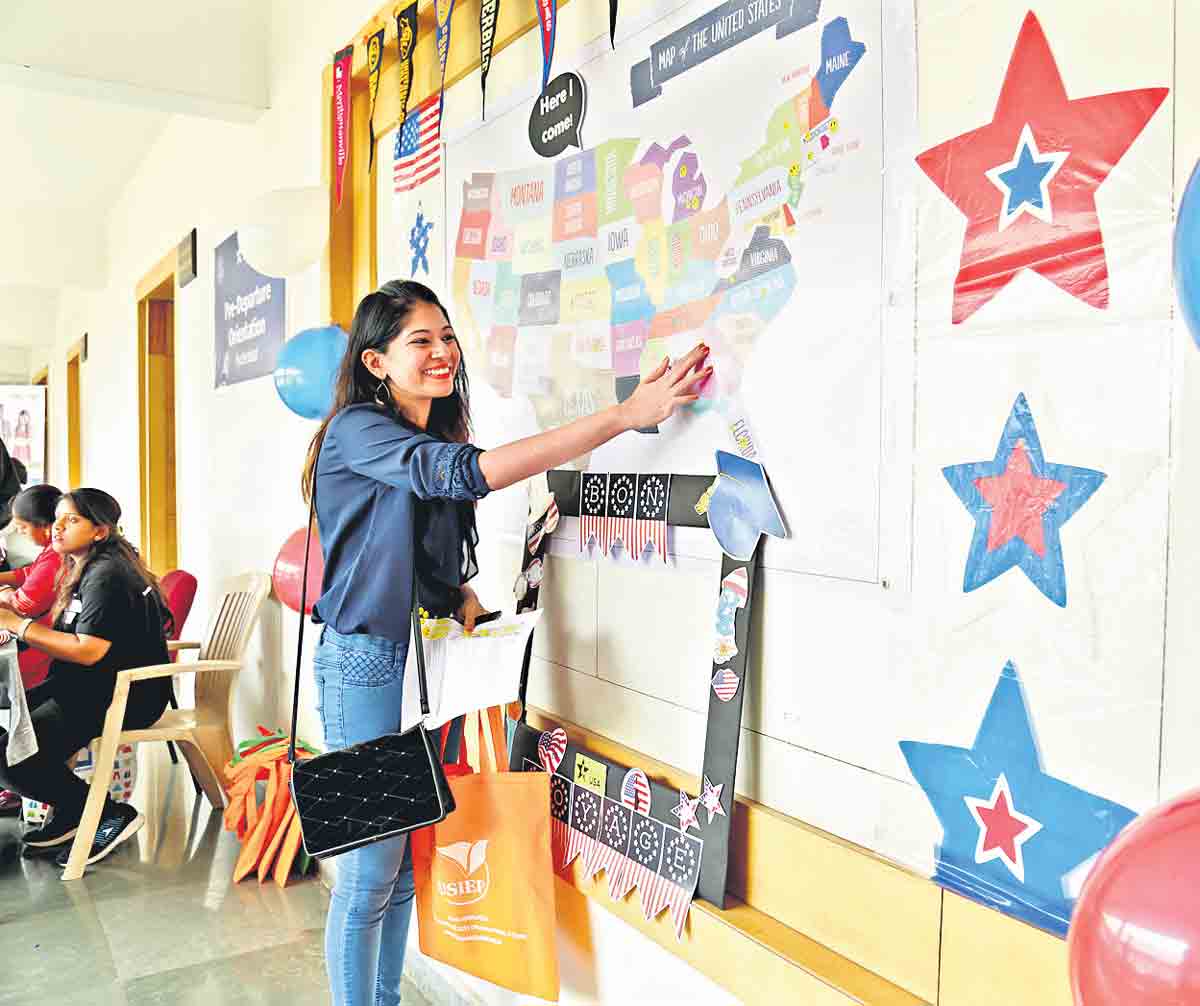 This week is International Education Week and the US Consulate General in Hyderabad is asking one simple question: Why study in the US? We could cite a long list of statistics to answer this question, but we decided to go a different route and ask a few of our Indian friends to share their own experiences. This is what we learned.

Teacher
Mr. Srikanth Koganti attended the University of South Florida in Tampa 20 years ago for his master’s degree in electrical engineering. He had the opportunity to travel to more than a dozen countries during his time as a graduate student and was stunned by the sheer diversity of the United States, enjoying the opportunity to meet people from all over the world.

In addition to the world-class education he received, he has also taught undergraduate students in the Department of Engineering. This experience completely changed his career path. Undergraduates in Teaching awakened his interest in being a teacher, which later “brought him home” to India. His students asked specific questions, brought their critical thinking skills to the class, and pushed him to be a better teacher. It is an educational model that he is now emulating as a principal of three schools in Andhra Pradesh.

Passion in practice
Dr. Anjali Khanna-Farber traveled to the United States with a passion for medicine, where she is now putting that passion into practice. “Emory University has definitely played a huge role in my personal and professional journey,” she explains. I joined Emory University in Atlanta in 2018 to pursue a master’s degree in Public Health.

As a student at the School of Public Health and then as a researcher at Emory School of Medicine, she recounted how her experience in the US higher education system “empowered me to grow and broaden my horizons by meeting and collaborating with people across different continents and cultural backgrounds.” Today she is the Clinical Research Coordinator in Pediatric Nephrology at Emory College of Medicine, where she hopes “her positive study abroad experience will motivate others in pursuit of higher education to consider studying in the United States.”

Appreciating the cultures of the world
Professor Venkatesh Shupila has completed a doctoral program in computer science at Indiana University in Bloomington, Indiana. Arguing that “the American university system is unique for a number of reasons,” he highlighted five characteristics that make the U.S. higher education system so compelling: the distinction of faculty as educators and researchers; Flexibility of the university system. housing people from different backgrounds; The opportunities offered by universities to their students; The diversity of the student body.

“You will find students from all over the world and this will give you a better appreciation of the world’s cultures as well as your own.” Professor Shupila is now an Associate Professor at the International Institute of Information Technology, Hyderabad. He has been so influenced by his graduation experience that he has a child currently applying to universities in the US as well.

Legacy of Excellence
While these trips are unique, they also represent how Indians have acquired a legacy of excellence in the American university system. South Central Asia has one of the largest youth populations in the world and no other country in the region has sent as many young people to study in the United States as India. In fact, nearly 2,00,000 Indians studied at US institutions during the 2019-2020 academic year, most of whom were pursuing undergraduate or postgraduate studies. Students from India can be found across the United States, with New York, California, Texas, Massachusetts, and Illinois as the top five recipient countries in 2019-2020.

Furthermore, Telugu is one of the fastest growing languages ​​in the United States. This is largely because many Indians from Telangana and Andhra Pradesh have pursued their higher studies, and in some cases their careers, in the United States. So if you’re looking to study abroad in a place where universities have experience welcoming and working with Indian students – including native Telugu speakers – look no further than the United States.

At the same time, we realize that it is not always easy to understand the higher education system in another country. That’s why the US Department of State supports 40 advisors across eight EducationUSA advisory centers in India. In our region, the EducationUSA Center at the United States and India Educational Foundation (USIEF) office located at the US Consulate General in Hyderabad provides accurate, comprehensive, and up-to-date information and resources about higher education opportunities in the United States, which you can learn about here: https://educationusa.state. gov/centers/educationusa-usief-hyderabad. You can also check out our newest EducationUSA Center in Hyderabad, Y-Axis Foundation: https://educationusa.state.gov/centers/educationusa-y-axis-foundation

Mr. Koganti, Dr. Khanna-Farber and Professor Chupila explained why it is a good idea to study in the United States. After more than two years as Consul General in Hyderabad, I met hundreds of Indians who told me similar positive stories about their times as college students in the United States. So I hope you will consider following a similar educational path and encourage you to reach out to USIEF and Y-Axis to learn more about higher education in the United States. And last but not least, good luck with your studies!

Now you can have handpicked stories from Telangana today employment cable every day. Click on the link to subscribe.